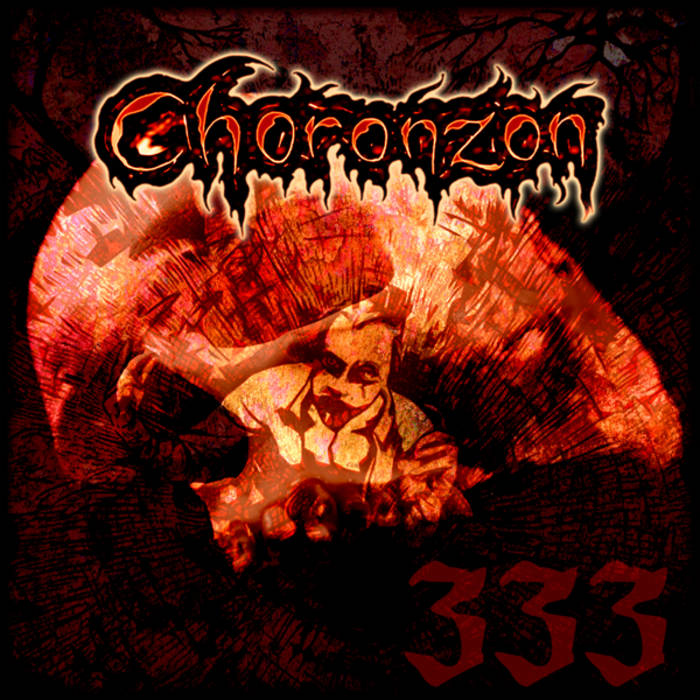 A Lord of Chaos, Choronzon (whose cabalistic number is 333), has been following me around for a while, ever since I summoned him forth, in the shadow state between dreams and waking. It’s disturbing when something from the land of Morpheus breaks through, and you get a tape from a local band that has named itself (coincidently, of course) after the very demon who has been wreaking havoc in your life. Choronzon (the band) is P. Emerson Williams, also of Veil of Thorns, and he obviously knows the occult arts. I’m assuming he’s a Thelemite, because one of the songs is called “Perdurabo”, a pseudonym of Aleister Crowley’s.

In any case, the music is HEAVY. thick, dark and raging. The songs are a caustic liquid, dripping from my speakers like rivers of fire, howling and shrieking in anger and torment. Drum beats loop on top of one another, twisting themselves into a rope that the music can climb on (although I’m looking forward to when Williams gets a live drummer(s), because for all the creative intricacies in the music, the rhythms are too mechanical at times).

Dense guitar crunch permeates the album, throwing a few technical metal riffs, and the vocals seem to have been ripped from the throat of 333 himself.

If you want to delve into the world of unconscious terror, or think that you’ve heard the deepest and heaviest metal has gotten, get this tape. But be prepared for little “accidents” to follow you around for a while.